5 Tips for Avoiding the Perils of Charisma


We all like to think of ourselves as that great, cool boss who leads by example while charming the workforce at the same time. But it turns out that humility is a far more important quality in a leader than charisma. New research by Hogan Assessments has found that just by showing signs of humility, overly charismatic leaders can offset the qualities that make them unlikeable. A dose of humility can make a narcissistic boss seem more approachable, supportive, and open to feedback.

Humility has the ability to counteract the potentially harmful effects of narcissism, which can lead to positive outcomes for the organisation. This suggests that individuals can still have a narcissistic identity and be effective as a leader, as long as they have a humble reputation.

Organizations tend to favor people who “seem” leaderlike. Individuals who are self-promoting, interesting and politically savvy tend to get earmarked for promotion. These leaders know what it takes to get ahead and get noticed, and they strategically cater to audiences who can offer them power, influence, status or access to resources.

Charisma is the elusive quality of being charming, captivating and pleasant to be around. We are naturally drawn to charismatic people because we feel good in their presence. However, charismatic people also tend to have inflated views of themselves and their skills. They also tend to be more self-promoting than others. Too much charisma can make for ineffective leaders as their tendency to be narcissistic can alienate those working under them.

In essence, charisma is a double-edged sword. Too little and it’s difficult to persuade team members to support your vision. Too much and team members feel unsupported and disengaged. The strong overlap between charisma and narcissism means that it’s easy for charm to turn into arrogance and entitlement.

Humility, on the other hand, is vitally important to creating stability and engagement within teams. One of the most famous studies on the topic analyses the success of 11 high-performing companies. The leaders in the highest performing firms had two things in common: they were fiercely competitive, yet personally humble.

The good news is that even the most arrogant of leaders can increase their effectiveness by showing humility, even if it’s not entirely genuine.

Here are five tips for avoiding the pitfalls of charisma: 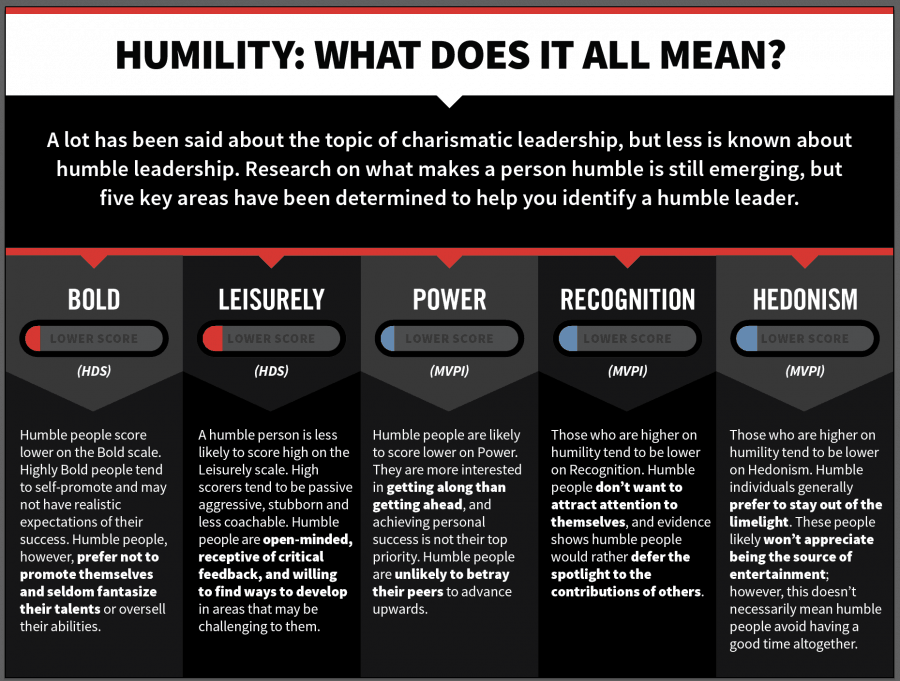 About: Founded in 1987 by Drs. Joyce and Robert Hogan, Hogan has been leading the world in personality assessment and leadership development for over 30 years. It produced the first assessments to scientifically measure personality for business use.