You’ve heard of the gig economy — a buzzword otherwise known as the sharing economy, on-demand workforce or independent workers. These days it’s reshaping the way many people work and opening employment doors that weren’t available a decade ago. Workers are shifting from working a classic 9 to 5 job to freelance work, making the transition from being employed by a company to work for themselves. This shift in employment puts workers in control of their work environment, all the way from when they work to what types of jobs they choose to do.

A free-market system at its core, the gig economy is comprised of temporary, flexible jobs. Companies bring on independent contractors and freelancers instead of full-time employees, and in many cases, for short-term engagements.

While many people are familiar with the gig economy as the on-demand platforms like Uber, Lyft, Postmates and Amazon Flex, traditional examples of gig employees in the workforce have included freelancers, independent contractors, project-based workers, and temporary or part-time hires. In today’s tech-reliant age, this basically means that anyone with a smartphone and unlimited data plan (or a good indie café with fast wifi and a power outlet) can work anywhere.

The gig economy is taking hold around the world as workers redefine what it means to be employed. Across the U.S. alone, 57 million people — or 36 percent of workers — call themselves gig workers. A further 24 percent of workers have an alternate work arrangement that they consider their primary job.

The gig economy has become so popular that 30% of Americans would quit their current job to go work the gig economy if that meant they could make the same amount of money. And many people can. But just like anything, being successful as a gig worker takes time, practice and some trial and error. Below, are some best practices and tips for you’ll want to implement if you plan on making the leap.

Know What Type if Gig Worker You’ll Be 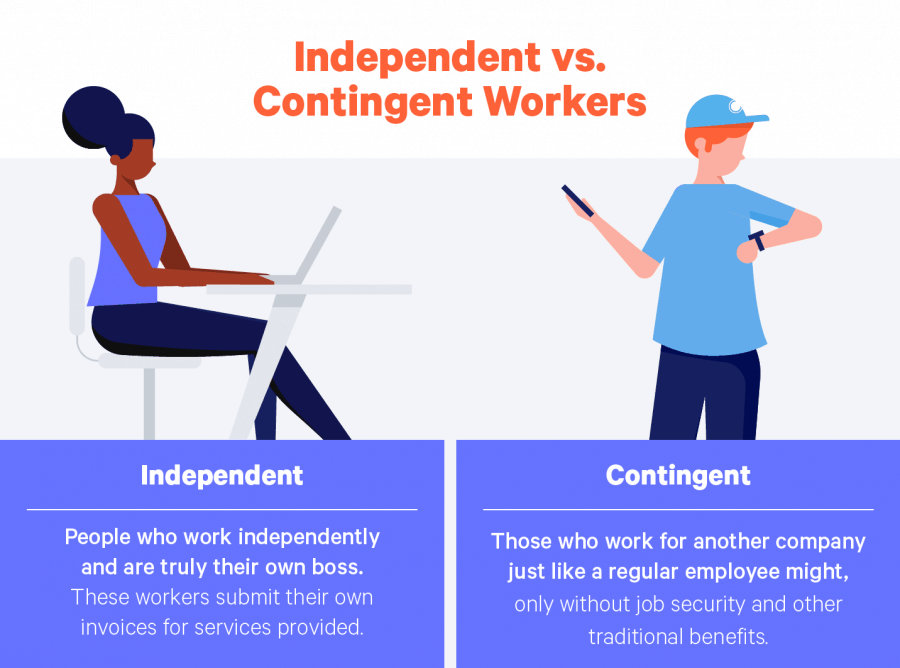 Gig workers, as a whole, usually fit into one of the four categories:

Routines don’t have to be associated with boring bureaucracy. In fact, they’re your best friend when it comes to enhancing focus and performance — ask any successful freelancer and they will tell you so. Establishing routines in your work might mean keeping a schedule; following to-do lists; starting the day with the most challenging work; or taking care of that client call first thing.

However, not all routines need to be work-related. Successful freelancers often find improved productivity and focus by incorporating self-care (sleep, nutrition, exercise) into one’s life. Both enhance people’s sense of order and control in uncertain circumstances — which often arise when you’re working for yourself.

Find Purpose in Your Work

This might seem like a no brainer but doing purposeful work is a driving force behind the success of independent workers. Everyone wants to be happy at their job, but purpose creates a bridge between personal interests and a need in the world — it can be a big distinction between successful independents and the ones who aren’t.

One of the biggest complaints that independent works have is the lack of human connection in their work. In the traditional workspace, connections happen in a physical office, taking lunch with co-workers or attending a weekly happy hour on Fridays.

Since this is not a readily available option for many independent workers, it’s important to go out of your way to develop working relationships. Try collaborating with contacts in your field or take your workflow to a co-working space where there more of a sense of community than your home office.

Create a Place to Work

Being able to work anywhere is both one of the biggest benefits and biggest pitfalls for independent workers. Even though there’s beauty in portable work, creating a space for productive work will help prevent feelings of rootlessness. This need for a “place” to be productive is also a driving factor in the rise of coworking spaces around the globe.

Learning to navigate the gig economy is not without its challenges. But just like anything it can take practice and some trial and error to figure out what works best for your working style. To learn more about why more people are making the switch from traditional employment to the gig economy and tips to get started as an independent worker. Embroker created this comprehensive guide complete with tips and best practices to navigate gig work.

About the author: Keilah Keiser is a freelance writer and content creator based in San Diego, CA. She’s covered topics in a variety of industries ranging from startups to travel. When she’s not on the computer, you’ll find her hiking with her dog.